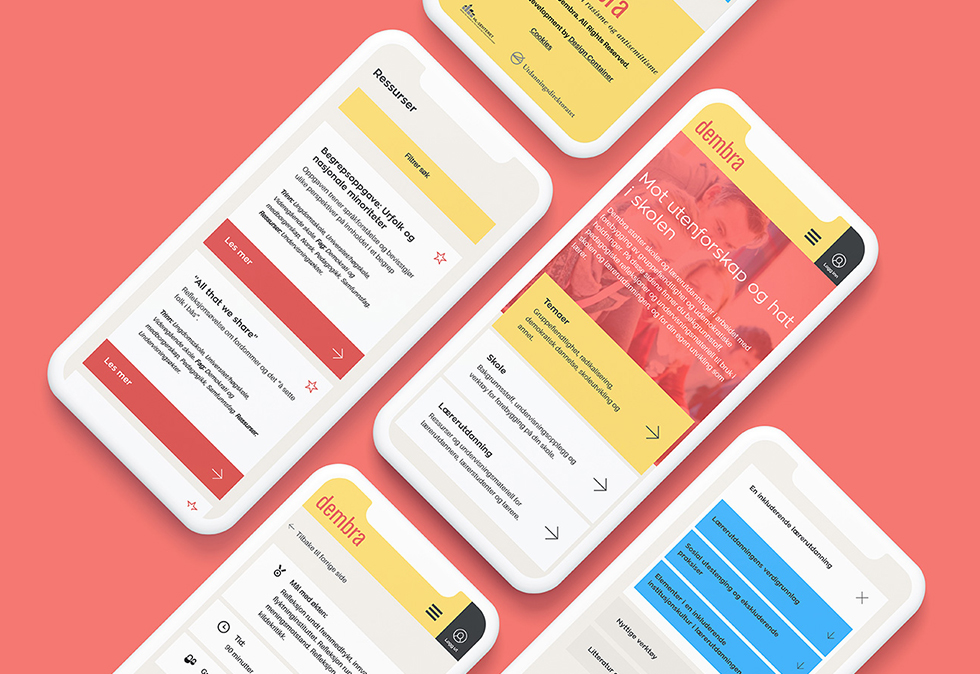 Dembra is a skills project offering free guidance for schools across Norway as well the development of resources to prevent discrimination, group conflict and hate. These resources are designed for use in teacher training and schools.

"The new dembra.no is an excellent teaching tool which will promote democratic values such as tolerance, equality and citizenship among children and young people," Minister of Education, Jan Tore Sanner, told the Norwegian Centre for Studies of the Holocaust and Religious Minorities.

“We are very dependent on preventive work in schools if we are to succeed in combating racism and prejudice,” he said.

“The Norwegian Centre for Studies of the Holocaust and Religious Minorities and Dembra have an incredible amount of interesting content, teaching materials and resources to combat alienation, hate and discrimination. The fact that we are given the opportunity to contribute to this by developing a digital learning portal is very rewarding,” says project manager Kaia Gulsvik.

The resources have been developed in partnership with six educational establishments and has been financed by the Norwegian Ministry of Education and Research. So far, 57 Norwegian schools have participated in the project. The Norwegian Centre for Studies of the Holocaust and Religious Minorities is currently entering into a new partnership with several educational institutions with the aim of further developing cooperation across sectors. The project has also been tested in the other Nordic countries.

On 26 November 2016, we launched dembra.no, the first portal dedicated to providing courses, guidance and online resources to help prevent various forms of prejudice in schools. Yesterday, we launched dembra.no 2.0 with updated resources, content and functionality for helping universities and colleges prevent racism, anti-Semitism and other types of group conflict in schools.