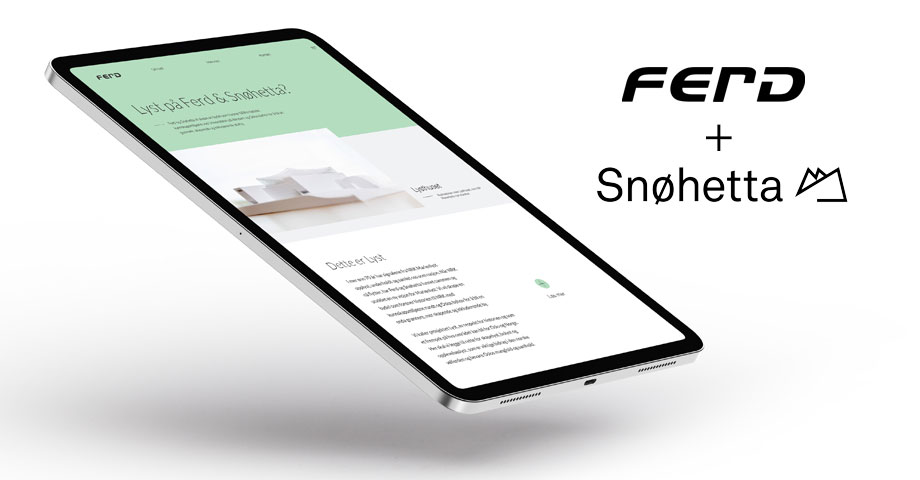 Ferd looking to invest in Marienlyst

The Norwegian Broadcasting Corporation has commenced the process of selling its site in Marienlyst to finance its new headquarters.

Ferd and Snøhetta have come together to work on the development of a site owned by the Norwegian Broadcasting Corporation in Marienlyst. The project has been given the name Lyst.

Broadcasting House, which will act as a hub for innovation and entrepreneurial activity as well as offer inclusive meeting and function facilities for Oslo as a whole, plays a key role in the project.

What Marienlyst could become
Over the next few years, the site owned by the Norwegian Broadcasting Corporation may be turned into more than 1,200 modern homes, which would be known as Lystgårder, with room for greenhouses and roof garden allotments. Surrounding the site is the green area of Lyst Park with the Majorstua Stream running through the whole site. A large body of water is planned in front of the Store Studio building. Right next door there would be a charming pavilion called Lillelyst. The jewel in the crown, the former Broadcasting House, would become Lyst House in a stunning, new incarnation.

“It is so innovative and impressive! We strongly believe that the project would create enduring value for Oslo and the people of Oslo,” says Silje Strøm, marketing director at Ferd Real Estate.

Silje Strøm is also the concept manager for Lyst and has led the work with the architects from Snøhetta. A space between the listed wings of the building will open up Broadcasting House to the public. Lyst House would without a doubt become a hub and a distinctive landmark where innovation and entrepreneurial activity would exist seamlessly alongside playing children, co-working spaces, social entrepreneurs, cosy cafés and exciting hotel concepts – all under a single glass roof. The atrium could be used for everything from small functions to major national events.

“Having fun here should not be expensive. There will be room for children, recreation and physical activity. We want to build a creative, flexible and diverse space that will safeguard all that Broadcasting House stands for in terms of history, its qualities as a building and its design language. Here Ferd can have it all,” says Strøm.

“Lyst is more than a real estate project for Ferd. As well as involving extensive urban development, this project offers a social perspective. We rarely see opportunities like this one; a project that contributes so much to realising our vision of creating lasting value and leaving a distinct legacy,” says CIO of Ferd Real Estate Tom Erik Myrland.

We wish Ferd all the best on this project.

Ferd looking to invest in Marienlyst